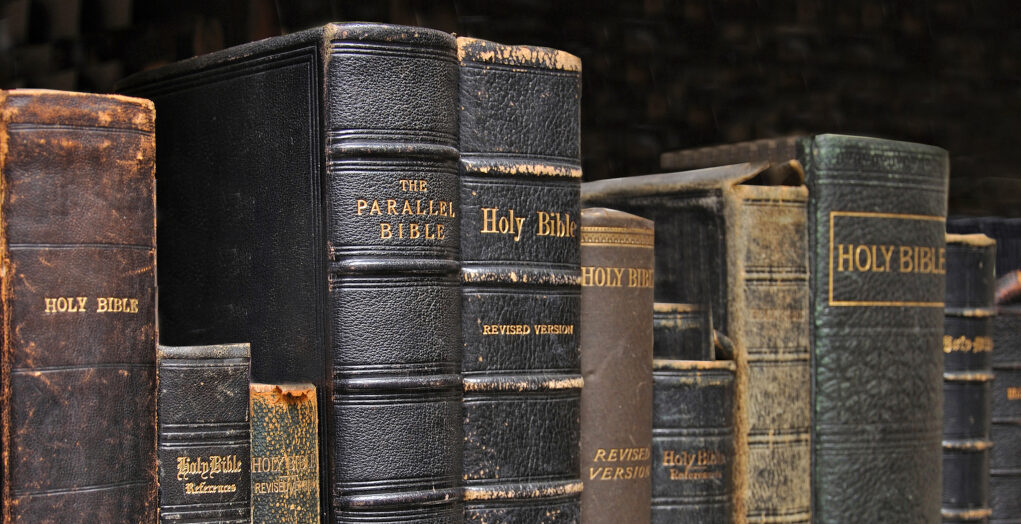 There are so many different kinds of Bibles, which one should I use? Which version is the best or most accurate? As with many questions in life, there isn’t a simple answer. There probably isn’t one version of the Bible which is particularly better than the others. It generally makes more sense to use several good versions rather than relying on just one. Why is this so? The languages that the original Bible documents were written in were Hebrew, Greek and Aramaic. So, unless you are fluent in all three of these ancient languages, you are going to rely upon a translation. Each Bible translation has its strengths and weaknesses. When you casually read the Bible, any well respected translation will do. When you need to intensely study some passage or topic, you will probably find it insightful to see how several different translations read.

There are many other versions but the four mentioned above are more than adequate for any serious Bible student. Which version should you use? Why not use all the ones you can get your hands on? It’s often very helpful and insightful to be able to compare the way a passage is rendered by the various translations.

There are several Bibles which are not really translations at all but are paraphrased renderings of other Bibles. These versions make no attempt at actually translating from the original languages but merely interpret the text of other translations. Such “interpretive” versions may or may not reflect the thoughts that the original languages conveyed. Two examples of interpretive or paraphrased Bibles are “The Living Bible” and “The Message”. These are popular Bibles, but should never be relied upon as a study Bible. They should always be compared to scholarly and well respected translations such as the ones mentioned above.

Not just on paper any more

In addition to traditional paper copies of the Bible, many excellent Bible programs are available for use on your computer. Most of these programs have the popular English versions available. Perhaps the most impressive “electronic Bibles” are available on portable devices such as smart phones and tablets. With the Bible reader applications that are available for these devices, you can literally carry a stack of Bibles in your pocket!

Never before has there been such a wide array of Bibles and Bible study materials available for Christians. Make the most of it!